I’m excited to release ncaahoopR version 1.5 today. ncaahoopR started off as me putting together a few of my side projects into a single place. It was convenient for my work flow, and I wasn’t too sure other people would even use it. Fast forward a year and half, and the current number of people using the package far exceeds what I ever could have imagined. The uptick in users, particuarly during this current season, has made me really excited about the possibilities that lie ahead.

ncaahoopR is being used by managers and assistant coaches at Division 1 schools, by journalists, and by casual fans like myself. Version 1.5 of the package brings the biggest changes to the package since Verion 1.0 was released. The package has enough users around the web that beginning with this version, I will be doing better version control by keeping a developmental branch and releasing changelogs for big updates. So, let’s take a tour of what’s new in ncaahoopR version 1.5.

The biggest update to the package is that two new columns (possession_before and possession_after) demarcate which team has possession before and after each play. ESPN play-by-plays logs don’t automatically tag pre- and post-play possession, so using team rosters, I parse possessions applying the following set of assumptions:

While these assumptions have been carefully considered, they probably miss some corner cases. If you encounter any play-by-play logs where you think possession has been incorrectly parsed, please let me know by opening an issue on GitHub or commenting on Twitter.

ncaahoopR has always had shot data courtesy of Meyappan Subbaiah, but it has always been seperate from play-by-plays logs…until now! Now, the default behavior for the get_pbp_game() function is to include the following columns of shot-related data.

For (shot_x, shot_y) pairs, (0,0) represents the bottom left corner and (50, 47) represents the top right corner (from persepective of standing under hoop). Note that shot locations are usually only avaialble for high-major teams, and are left as NA if not available.

Both the possession parsing and shot location linkage cause get_pbp_game() to take a few additional seconds per game. If you don’t need these variables and want to speed up the scraping, simply pass in extra_parse = FALSE to the function.

While ncaahoopR has always been able to scrape play-by-play data for any valid game_id a user provided, finding historical game_id values further back than the current season wasn’t possible in previous verions of the package. Now, all of the following functions accept an optional season argument to overide the default current season (in the form “YYYY-YY”).

Additionally, the assist_net and circle_assist_net now go back through the 2007-08 season given the historical roster coverage. Unlike schedules, rosters from past seasons are not archived on ESPN. Historical coverage of rosters comes from Bart Torvik’s site.

Right before version 1.5, I added the naive_win_prob, a version of win probability starting at 50-50 and not using any information about pre-game spread, to the play-by-play logs. Now users, have the option to select whether to use naive_win_prob instead of the default win_prob by setting include_spread = FALSE in the following functions: 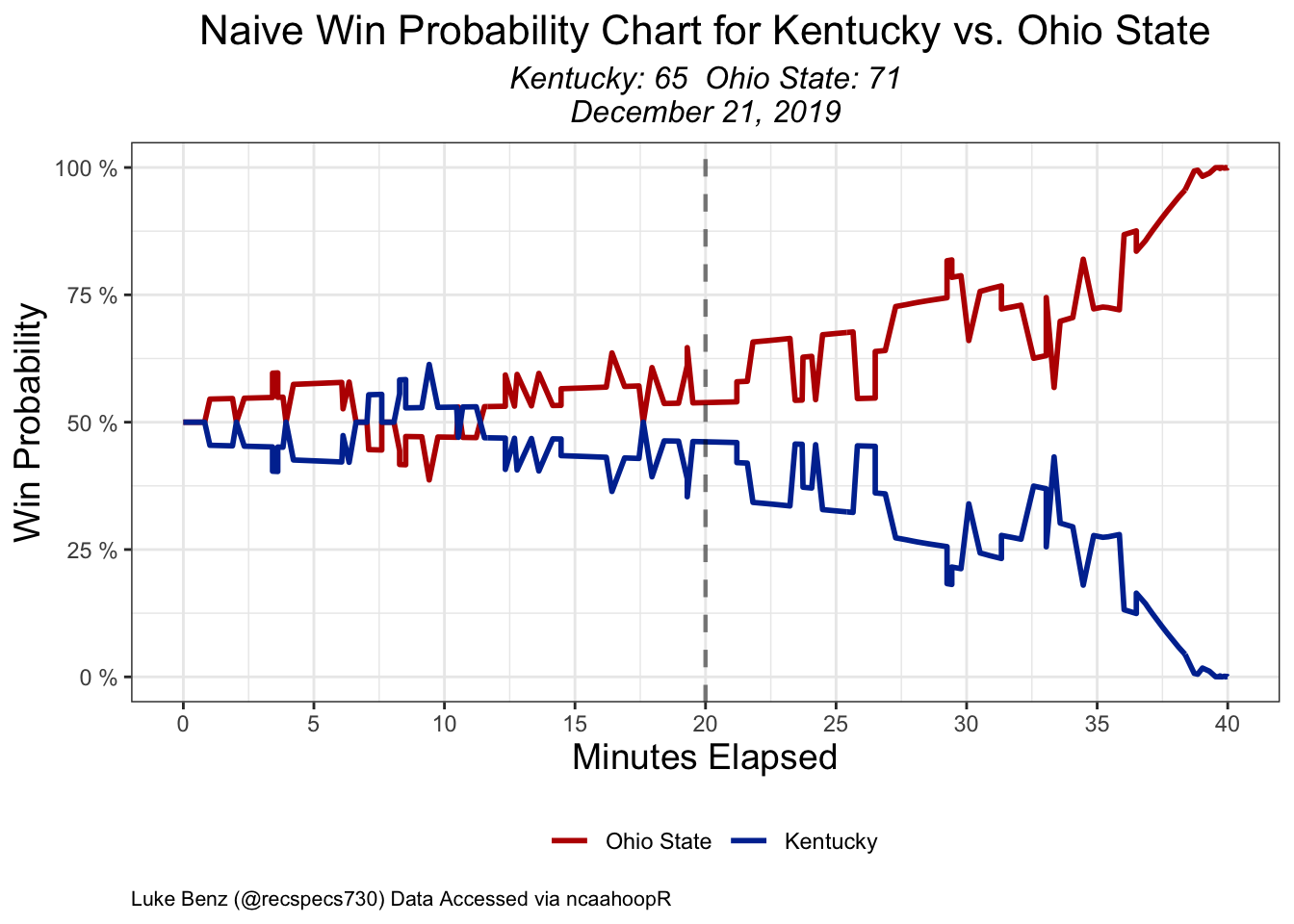 There are several other small improvements to the package. 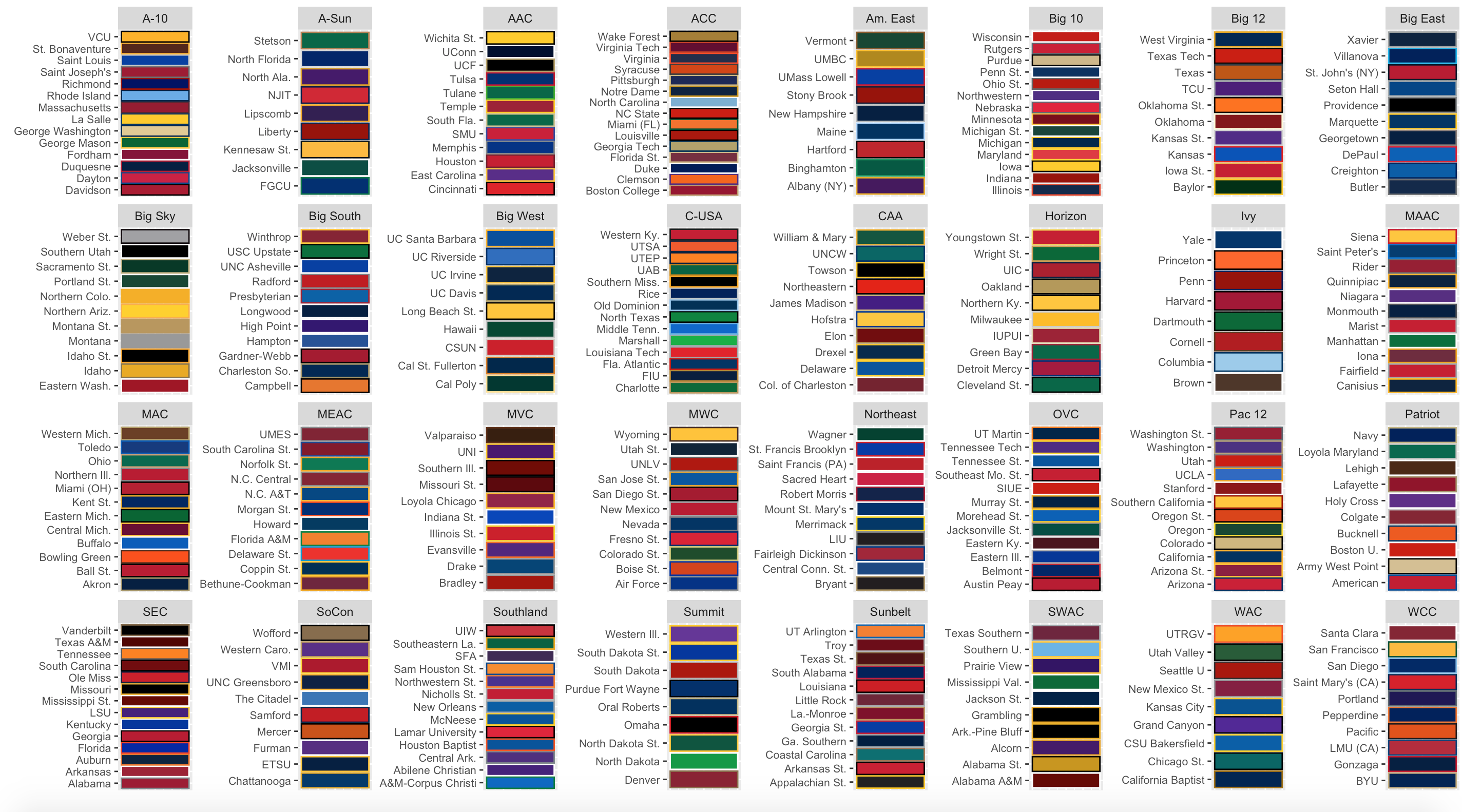 In case you don’t like R or don’t know R, or don’t want to have to scrape thounsands of games worth of data, I’ve uploaded lots of historical data to the following GitHub repository.

Data includes possession and shot variables only as far back as 2017-18 due to increased scraping time.

While a lot as been added in the lastest version of the package, I think it is just the beginning of what is still to come. Here are some things I’d like to add to the package in 1.6, but I’d love to hear what features ncaahoopR users would like to see as well.

Thanks for using ncaahoopR. Be sure to use #ncaahoopR if you share your work on Twitter so I can keep tabs on the package in the wild and promote your work within the community.